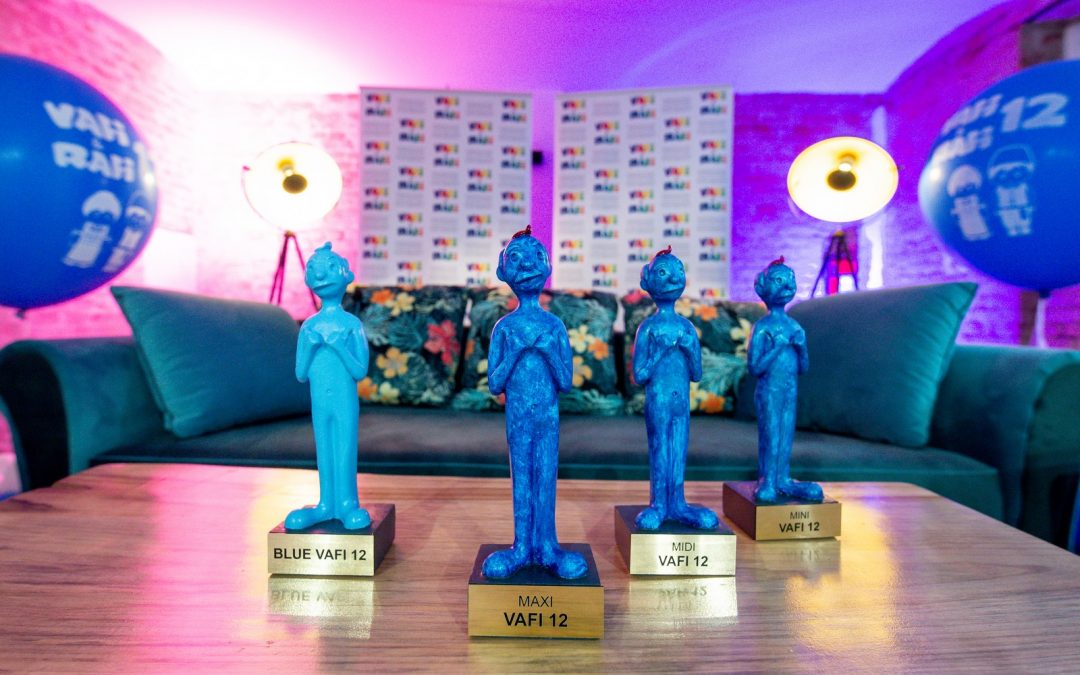 It is well known that Varaždin has been one of the centers of animated films in Croatia for years, thanks to the Creative Film Studio VANIMA. The International Children and Youth Animation Film Festival VAFI & RAFI, organized by Varaždin’s VANIMA for the twelfth year in a row, have positioned Varaždin in the world for long time now. Proof of this are not only the data on 845 animated films from more than 90 countries registered for this year’s festival, and the numerous events that accompany this great competition of children’s animated films and films for children, which recently took place in Rijeka along with Varaždin. The strength and reputation of the festival are also shown by the names of the members of the jury and guests who have been in Varaždin for the past few days. Similar festivals both in Croatia and abroad, far stronger in budget than the one in Varaždin, could hardly commend by the jury that selected the best films of the VAFI section this year.

Thus, this Sunday, by broadcasting live, the expert VAFI jury, after watching six official screenings, awarded prizes to the best animated films in the VAFI section of 12th VAFI & RAFI – International Children and Youth Animation Film Festival. This year’s expert jury was headed by American Joshua Staub, a member of the Academy of Motion Picture Arts and Sciences (AMPAS), which awards the American Academy Award (popular Oscar). Staub is an award-winning director and animator, once a member of Disney Studios, who currently works for Netflix. He has participated in more than 20 award-winning film projects including the animated Oscar winners Frozen, Paperman and Feast. In addition to the lecture he gave in front of the students of the University of the North last Wednesday, June 2nd, Josh Staub spoke about his interesting and valuable experiences from the world of film animation on Friday, June 4th, to older and younger members of Varaždin VANIMA who had an extraordinary opportunity to host him in their premises of Center P4 in Preradovićeva Street. It should be said that this was not the first time Staub was in Varaždin. Ten years ago, he participated in the program of the second VAFI festival and this is also one of the facts that speak in favor of the importance that international art circles give to the Varaždin event. We should not forget the interesting animation workshop that was conducted by Antonija Veljačić, an animator who has been leading the “Small School of Cartoons” in Zagreb Film for the last few years, as part of the accompanying program of the festival, also in the VANIMA space in Preradovićeva Street. The third member of the expert jury was Professor Emeritus Dragan Milinković Fimon from Serbia, partner country of this year’s edition of the festival.

After watching 80 films in the official competition, the expert jury decided to award the film “Mega mega mega party” from Belgium in the MINI category, in the MIDI category “Dreams squared” from Croatia and in the MAXI category “Summer Darkness” by young author Ivana Šerić, also from Croatia.

The Blue VAFI jury consisting of Maja Flego, advisor from the Office of the Children’s Ombudsperson, Marina Knežević Barišić from the UNICEF office for Croatia and Ana Dokler, editor-in-chief of the medijskapismenost.hr portal, awarded the film “Little Christmas Tree” from Belgium. The jury believes that this film takes us through a playful environmental story and, through a series of children’s rights and needs, confronts us with some of the most difficult challenges of childhood and finds imaginative solutions to problems. It talks about the importance of preserving the environment, the need to belong and grow up in a family, respect for diversity and the right to choose. And it does all this in a way close to children, using symbols and messages close to children, and confirming the value and healing properties of children’s creative play through animation.

As part of the Varaždin Festival, a panel discussion was held on the topic of Children’s filmmaking in times of crisis. The previously mentioned members of the Blue VAFI jury, Maja Flego and Ana Dokler, and the leader of VANIMA, Dubravka Kalinić Lebinec, as well as professor emeritus Dragan Milinković Fimon from Serbia, took part in a one-hour discussion on this always, and lately especially important topic. The discussion was brilliantly moderated by political scientist and film critic Boško Picula. Interesting thoughts of the participants of the discussion can be seen in the video published on the official FB pages of the VAFI & RAFI festival.

Let us mention that the partner country of the next edition of the VAFI & RAFI festival in 2022 will be Czech Republic, and the organizers hope that the thirteenth edition will be completely held live.

The sponsors of the Festival are the Croatian Audiovisual Center, the City of Varaždin, the City of Rijeka and Varaždin County, and the realization takes place with the help of co-organizers –Croatian Film Association, ASIFA Croatia, POU Varaždin and GAJ Cinema. The organizers, Creative Film Studio VANIMA and Art-kino, would like to thank all the sponsors, co-organizers, but also numerous partners and media sponsors who support them all these years, especially in these challenging times in which we find ourselves.