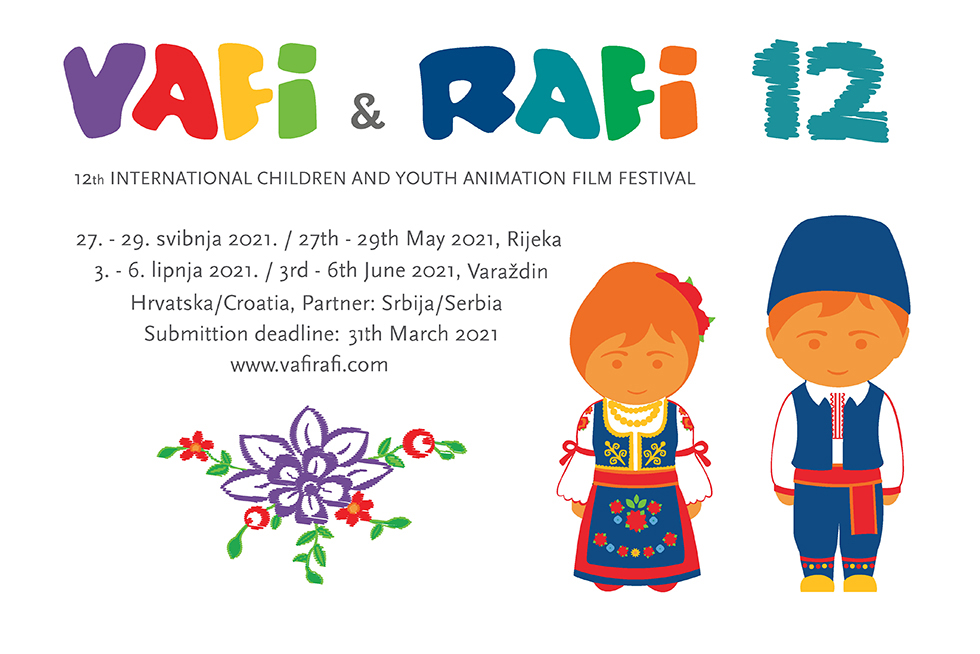 Today is the last day to apply for the 12th VAFI & RAFI – International Children and Youth Animation Film Festival, so hurry if you have not yet applied, because your films are eagerly awaited by the Selection committee.

This year’s edition of the festival will be held in Rijeka from May 27 to 29, and then in Varaždin from June 3 to 6. The festival partner will be Serbia.