Before us is the 13th VAFI& RAFI 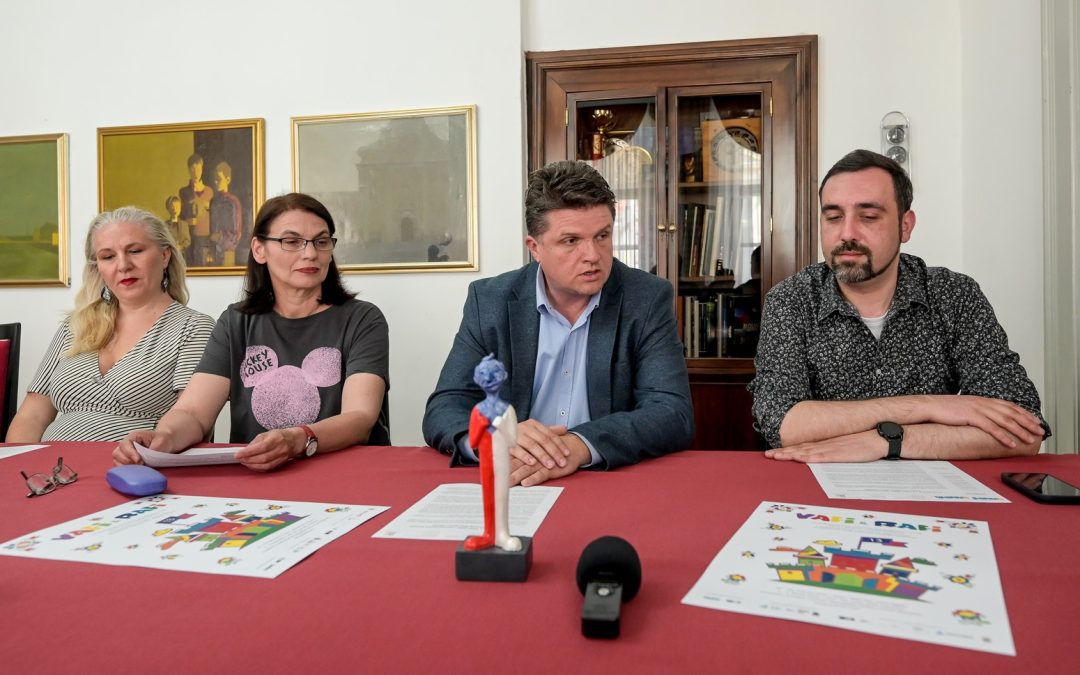 After last year’s hybrid edition, this year’s program of the first major events in both host cities will be held live. Official screenings, as many as 20 of them, visitors will be able to watch for free in the Rijeka Children’s House, and in the Varaždin city cinema GAJ.

The Rijeka part of the festival (RAFI) is hosted by the public cultural institution Art-Kino, where film screenings will run from Thursday to Saturday (May 26th-28th), while the official opening will mark the opening of the exhibition of setups from animated film “Nigdar ni bilo” made by young animator graduate Mateja Štefinščak, former member of the Film-Creative Studio VANIMA. She will present herself to the Rijeka audience with a selection of works through which she will show the process of creating her animated film. She will hold animated film workshops for children together with her colleague Sara Bernat. In cooperation with the Croatian Film Association, the book by dr.sc. Ana Đordić entitled “Film at School” will be presented. The entire program of the Rijeka part of the festival will be held in the Children’s House. It is a space of new culture for children, parents, and all interested individuals. The Children’s house in the art district “Benčić” operates in cooperation with the City Library of Rijeka, Art Cinema, the City Puppet Theatre of Rijeka and the Museum of Modern and Contemporary Arts and others.

The Varaždin part of the festival (VAFI) will begin its edition with an official opening at the Center for Youth and Independent Culture – P4. Along with the suitable program, the exhibition “Lines” by the young animator Petra Balekić, secretary of ASIFA Croatia, also a member of the VAFI jury, will be presented. She will present herself to the Varaždin audience with a selection of works that are a kind of combination of croquia in drawing and animation. The focus is on the line that the author plays with in the form of drawings, trying to draw a person in as few strokes as possible, with some parts of the body forming a positive and some a negative space. The drawings were mostly created in public transport. The author was guided by the idea that it would be interesting to implement such a style in animation. – said the director of the Festival Hrvoje Selec.

As every year, a huge job was done by the selectors of the Festival – Sara Bernat and Morana Bunić in the VAFI section, and Dubravka Kalinić Lebinec and Dina Ožanić in the RAFI section. The festival received 995 films from over 90 countries. In total, there were 223 films in the VAFI section and 772 in the RAFI section submitted. After several months of watching, 188 films have been selected to enter the official program of the festival. A total of 100 in the VAFI section, and 88 films in the RAFI section. The expert jury will therefore have a lot of work to do in Varaždin, and alongside them the traditional jury that decides on the Blue VAFI for films that most promote children’s rights will also make their decision. This year’s VAFI jury is headed by Bulgarian animator Radost Neykova, last year’s RAFI Award winner, Petra Balekić, animator and ASIFA Croatia secretary, and screenwriter Alena Cadova, Animanie Festival representative from the Czech Republic, who is also a partner country at this year’s VAFI & RAFI festival.

The permanent jury awarding the Blue VAFI films that most promote children’s rights includes Maja Flego, Advisor to the Office of the Children’s Ombudsperson, Marina Barišić Knežević, Representative of the UNICEF Office in Croatia, and Ana Dokler, editor-in-chief of the medijskapismenost.hr portal. Every year, they draw our attention to the importance of giving children and young people freedom in creative expression, in this case through animated film as a medium, but also note the value of the Festival, which also has an educational note. – said Dubravka Kalinić Lebinec, program manager of the Festival.

Last year, the VANIMA association marked 35 years of work and, despite a challenging year, realized all its planned program. Thus, in addition to the traditional VAFI & RAFI festival, the City of Varaždin also sponsored the realization of the 59th Croatian Children’s Film Festival, which we hosted at the beginning of October. All activities of the association are dedicated to the development of creativity of children and youth. We are proud that the VAFI & RAFI festival has managed to take place in recent years, although in a hybrid form, and I believe that this year it will be a little easier for the organizers and that our cinemas will be full of children. Such programs give added value to the City of Varaždin and VANIMA strives to maintain it at a very high level. It is important to point out that we are working on the implementation of the project of the Center for Creative Industries, where such programs would receive additional institutional support. This is a large project worth 30 million kuna that we want to implement through the ITU mechanism, and we would provide even better conditions to all such programs through the Center.”- said Miroslav Marković, Deputy Mayor of Varaždin

It is worth mentioning that ten years have passed since the City of Varaždin appointed the Film-Creative Studio VANIMA association as the carrier of the development of audio visual activities in the City. In addition to permanent programs and activities on animated films, the association continues this summer with the organization of the 18th Summer Film Workshops, develops other film forms through the Varaždin Experimental Film Factory program, and there is the development of visual culture at the Center for Youth and Independent Culture P4 for youth population through the program “Basement on Mondays”, which this year was supported by the Ministry of Culture and Media of the Republic of Croatia. I also emphasize the importance of the 24th School of Media Culture “Dr. Ante Peterlić” organized by the Croatian Film Association in cooperation with VANIMA in Varaždin for the fifth year in a row, and which is again financially supported by the City of Varaždin. – it was pointed out by Srećko Lebinec, head of activities of the Film-Creative Studio VANIMA.

The sponsors of the Festival are the Croatian Audiovisual Center, Croatian Film Directors Association, the City of Varaždin, the City of Rijeka, Varaždin County and Primorsko-goranska County, and the realization takes place with the help of co-organizers – Croatian Film Association, ASIFA Croatia, POU Varaždin and GAJ Cinema. We would like to thank all the sponsors, co-organizers, but also numerous partners and media sponsors who support us through all these years – said Danijela Stanojević, executive producer of the Festival.