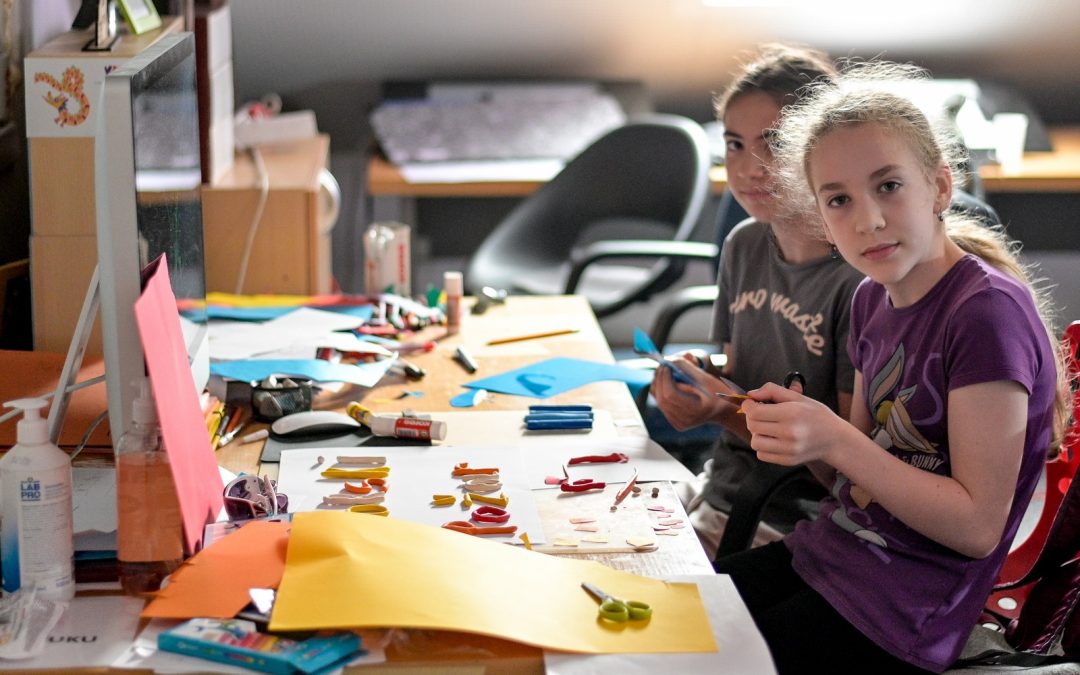 After part of the festival was held in Rijeka last week, the 13th VAFI & RAFI – International Children and Youth Animation Film Festival was officially opened last night at the Center for Youth and Independent Culture P4 in Varaždin. Screenings of animated films in the Gaj cinema, an exhibition in the P4 basement, three creative workshops for children and other accompanying programs of the Varaždin part of the festival organized by VANIMA last until Sunday, June 5th.

The festival started in Varaždin on Thursday morning with screenings of the winning animated films for children from the RAFI section at the Gaj cinema. After two years of organizing the festival under pandemic conditions, the Varaždin cinema was filled to the brim, and in the coming days children and young people will have six more official festival screenings in which films compete in the VAFI section. However, VAFI officially started on Thursday, June 2nd, and the Head of social activities of the City of Varaždin, Danijela Vusić and the Director of the Festival Hrvoje Selec addressed the audience. The protocol part was followed by the opening of the exhibition entitled “Lines” by the young animator and graphic artist Petra Balekić, who is also a member of the main jury of the festival. She presents herself to the Varaždin audience with a selection of her drawings of people drawn in one line, mostly created in public transport. Along with Petra Balekić, Ivan Mladenović, the host of the “Basement on Mondays” program, which VANIMA regularly holds in the P4 basement, and whose goal is to present young established and non-established visual artists to the audience, also spoke at the opening. Unstable weather hindered the organizers in holding the concert in the courtyard of P4, but Varaždin musicians Jura Geci on guitar, Emil Čovran on drums, and Vjeko Geček on bass joined by Zack Dust, and led by Robert Lon Johnson, spiced up the evening with a musical treat in the basement of the Center for Youth and Independent Culture.

Let us remind you that this year’s selection for the VAFI section was made by two young graduate animators, former members of the Film-Creative Studio VANIMA – Sara Bernat and Morana Bunić. For the official program of the Varaždin Festival, out of 223 animated films, 100 were selected. The expert jury will have a lot of work to do in Varaždin, and the traditional jury that decides on the Blue VAFI will also make their decision. In addition to the previously mentioned animator Petra Balekić, this year’s VAFI jury also includes an animator from Bulgaria, last year’s RAFI award winner Radost Neykova and Alena Čadová, producer of the friendly festival Animanie, a representative of the Czech Republic who is also the partner country of this year’s festival. This is the tenth year since the Blue VAFI is given at the festival to films that promote children’s rights the most. The jury is headed by Maja Flego, an advisor to the Office of the Children’s Ombudsman of the Republic of Croatia, and the jury also includes Marina Knežević Barišić, a representative of the UNICEF Croatia Office, and Ana Dokler, editor of the medijskapismenost.hr portal.